Paris could have shown more class and lighted up the Eiffel Tower in the colors of Portugal, but what happens when you get big nations with little minds? You get a disgusting display of soccer, aimed at hurting opponents and taking out the key players of the opposing team. But the "coq" that crowed in Paris tonight was the Galo de Barcelos! 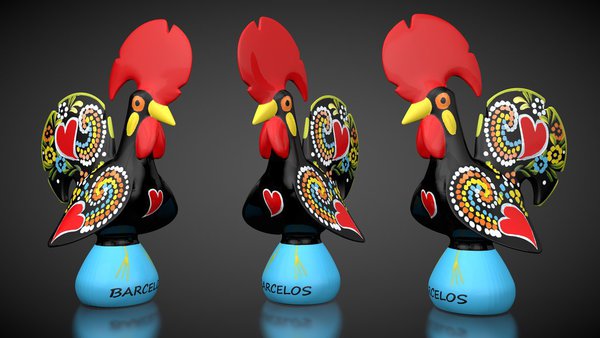 It was clear from the beginning that France is a filthy soccer nation whose one and only aim was to kick its opponent off the field in the most disgusting, vile, cowardly fashion, in the most blatant display of violence the world of soccer has seen in many years. Didier Deschamps and his monsters are to be congratulated. As failures.

We bring you, in a single document, the entire history of the competition, including match reports, scorers and statistics.

Didier Deschamps' France has been, in the history of Portuguese soccer, the bogey team or bête noire; in 24 games, Portugal won 5, drew one and France won 18. Tonight it became clear from the start that France's intention was to deprive Portugal of the services of the best player in the world, Cristiano Ronaldo, and Payet delivered, taking Ronaldo's knee out. The Portuguese captain tried to stay on but after two periods of treatment, asked to be substituted, and Ricardo Quaresma came on. Ronaldo had time to put the captain's band on Nani's arm before being carried off.

Nani had a half-chance on 4' but shot over and as France launched wave after wave of attack, the Portuguese keeper Rui Patrício made two world-class saves in the first half.

0-0 at the interval. After the break it was the turn of the Portuguese captain Nani to feel the French foot. Then Pepe. The French tactic tonight was to kick the Portuguese players off the pitch.

Patrício pulled off two great saves in the second half, Lloris denying Nani and Quaresma on 79'. Gignac hit the post on 90+1' but nobody can say France deserved to win in regular time, especially since there were more clear attempts to take out Nani and Pepe. Full time 0-0.

Extra time. On 106 Guerreiro hit the bar from a free kick. On 109, Éder scored a fantastic goal, the winner. Portugal did not let France come on to them and retained possession and control. This is the Portuguese "Geração de Ouro".

Two tremendous mistakes by Germany, two goals from Griezmann, put France in the final and not Germany, the team which had more ball possession (65% to 35%), attacked more (17 shots to 15) and looked far more dangerous moving the ball around the park (639 passes to France's 297). Not always the better side wins.

Portugal beat Wales yesterday and face the winner of today's game in the final next Sunday.