In Brazil, military men had to shoot the female spotted jaguar named Juma. The animal was used as an Olympic mascot during the ceremony to deliver the Olympic torch to the city of Manaus. 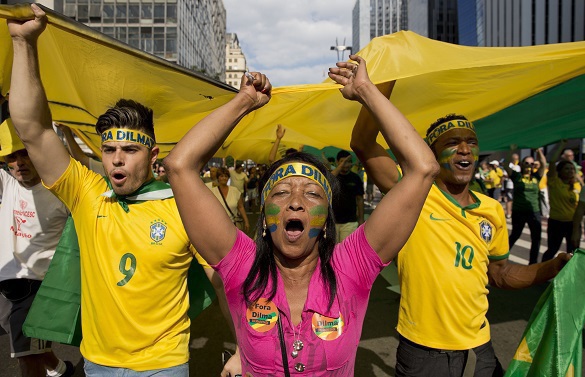 The mascot of the Olympic Games in Rio the Janeiro (to be held on August 5-21) broke loose from its leash having been frightened with something.

"At first, they tried to neutralize the jaguar with drugs, but after the fourth dose the animal headed towards one of the vets. To ensure the person's safety, one had to sacrifice the jaguar," El Nuevo Herald quoted Colonel Luis Gustavo Evelyn as saying.

During the ceremony, there were many tourists near the jaguar. The people were making noise and taking pictures of the animal. One may assume that someone accidentally startled or angered the predatory feline.

Noteworthy, the organizers of the ceremony had no permission for the animal's presence at the ceremony.

Meanwhile, on June 18, Rio Janeiro declared a state of emergency due to the shortage of financial means.  According to a government decree, the crisis may prevent the state from  fulfilling its obligations under the Olympic and Paralympic Games.