Muhammad Ali, sportsman of the 20th century, dies at 74

Muhammad Ali, a legendary boxer, died at 74. An official representative of the late athlete, Bob Gunnell, said that Ali died after 32 year of struggle with Parkinson's disease. 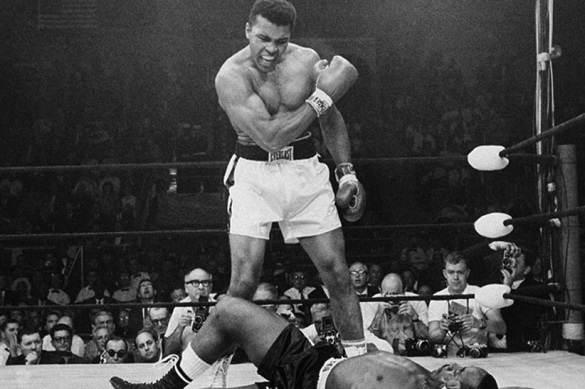 The funeral is to be held in the hometown of the three times world champion in  Louisville (Kentucky, USA).

On Friday, it was reported that Mohammed Ali was hospitalized in Phoenix (Arizona) due to problems with the respiratory system. The boxer's children and family members arrived at the hospital as well. Doctors reportedly wanted the relatives that the end could be near.

Muhammad Ali was hospitalized on June 2, when his condition was said to be stable. However, Ali's state of health worsened dramatically the following day. The athlete was connected to an artificial life support system.

In 1984, after the end of his sports career, Ali was diagnosed with Parkinson's disease. Since then, he had been hospitalized several times.

Muhammad Ali, born Cassius Marcellus Clay, Jr., won a gold medal in 1960 and then started his professional career. After a fight with Sonny Liston on 25 February 1964, he joined the Nation of Islam organization and changed his name to Cassius X and then to Muhammad Ali. At the height of his career, he refused to serve in the US Army and was stripped of all his titles. Ali was also suspended from sports competitions for more than three years.

Muhammad Ali's most legendary fight was a match that took place on October 30, 1971 against George Foreman. The Ring magazine recognized it as the fight of the year, and the fight itself was dubbed as the "Rumble in the Jungle."

During his professional career, Ali has had 61 fights, having scored 56 wins (37 by KO) and suffered five defeats. His name has become a symbol of professional boxing. Ali was the undisputed champion of the world in the so-called "golden era of boxing." In 1999, he was voted "Sportsman of the Century".