During the Russian Wrestling Championship that takes place in the Yakutia Republic, riot police had to interfere to stop two wrestlers from fighting. 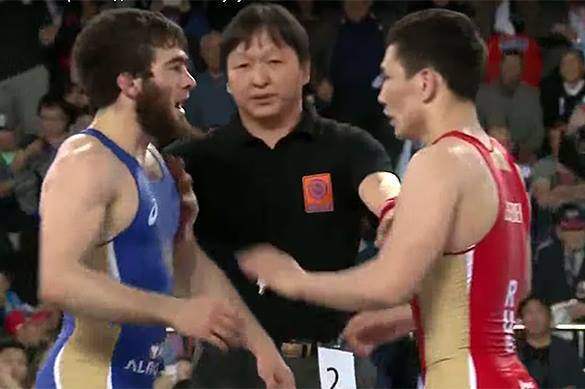 The fight broke out between wrestlers Viktor Lebedev (Yakutia team) and his rival Ismail Musukaev (Dagestan - Kabardino-Balkaria). According to F-Sport news agency, Musukaev's side believes that a referees from Mongolia made a number of  key mistakes that led to Musukaev's defeat in the match.

Musukaev could not control his emotions after the defeat. The two athletes started pushing each other. Riot police had to interfere to pull the wrestlers apart. The match was suspended.

First Vice-President of the Russian Wrestling Federation Omar Murtuzaliev said that none of the Dagestani fighters would take part in the matches until organizers resolve the conflict.

The Russian Wrestling Championship is one of the key tournaments in which wrestlers are selected for the Olympic Games. The championship takes place in the capital of Yakutia on May 27-29. The prize fund of the competition makes up 264,000 US dollars.