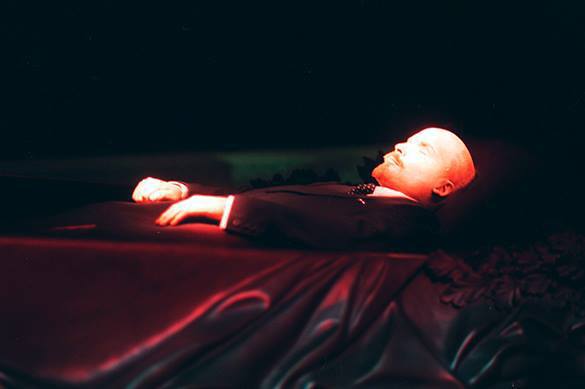 The amount will be required to conduct necessary medical and biological works. The procedures will be conducted at the commission of the Federal Protective Service of the Russian Federation (the agency guards the Kremlin).

Lenin's Tomb, or the Mausoleum, is an important object that attracts tourists from many countries. For many Russians, the Lenin's Mausoleum personifies a whole era of grand achievements, a symbol of the Soviet Union. Many people say that disputes about Lenin's burial may split the Russian society.

Several years ago it was reported that the mummy of Vladimir Lenin was left without a new suit on his birthday, April 22. Lenin was supposed to be lifted from his bed to be dressed in a new suit. However, there was not enough money for the new clothes. Specialists change Lenin's suit once in three years.

Lenin's body is regularly treated with a biochemical solution that produces the embalming effect. According to deputy director of the Russian Research Institute for Medicinal and Aromatic Plants, Yuri Denisov-Nikolsky, the unique technology will make it possible to preserve the mummy for another hundred years, Interfax reports.