A North Korean court sentenced US student Otto Frederic Warmbier to 15 years in prison to be served in a labor camp. 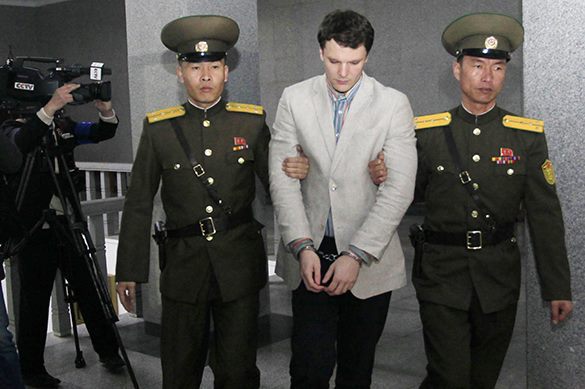 The sentenced was brought down by the Supreme Court of the DPRK on March 16, TASS reports.  The student was convicted for attempts "to undermine the unity of the Korean people."

Warmbier arrived in North Korea on December 25 from Beijing in a company of other tourists. On January 1, he ripped a Korean political poster from a wall at Yanggakdo Hotel in Pyongyang.

The US fully admitted his guilt during the trial. According to Warmbier, he has fallen a victim of the hostile policy of the US administration against the DPRK.

Another US citizen, Matthew Miller, was sentenced to six years allegedly on charges of espionage. Both Bae and Miller were released and left the DPRK in November 2014. In the autumn of 2014, the North Korean authorities released US citizen Jeffrey Fowle, who was detained for leaving a bible in his hotel.