In Moscow, a woman was arrested near a metro station on February 29. The woman is suspected of killing a child, whose beheaded body was found in an apartment in the north-west of the city, representatives of the Investigative Committee of the Russian Federation said. 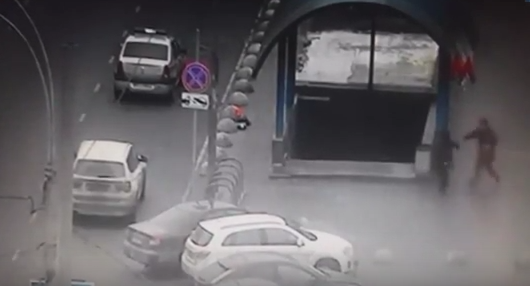 The woman was arrested near the entrance to Oktyabrskoye Pole metro station. The video that appeared on the Internet shortly afterwards, shows a woman dressed in black clothes and holding a child's head, lifting the head up in the air and shouting "Allah Akbar!" Reportedly, the woman threatened to explode herself.

A police officer ran up to the woman, knocked her down and handcuffed her. Law-enforcement officials later confirmed that the woman was holding a child's head.

On February 29, it was also reported that the decapitated body of a child was found in an apartment, where a fire had occurred. According to LifeNews, the victim is a girl aged three of four years old.

"When parents and an older child left, the nanny, for reasons yet to be established, killed the child she was staying with, set the apartment ablaze and escaped from the crime scene," officials said.

"Given the clearly inappropriate behavior of the detainee, investigators immediately appointed a forensic psychiatric examination for her to determine the woman's ability to realize the meaning of her actions," representatives of the Central Investigative Department told TASS.