Russia will never be able to do without leader like Stalin, study says

The popularity of Joseph Stalin's historical figure and the approval of his policies has considerably grown in Russia recently, an opinion poll conducted by Levada Center said. 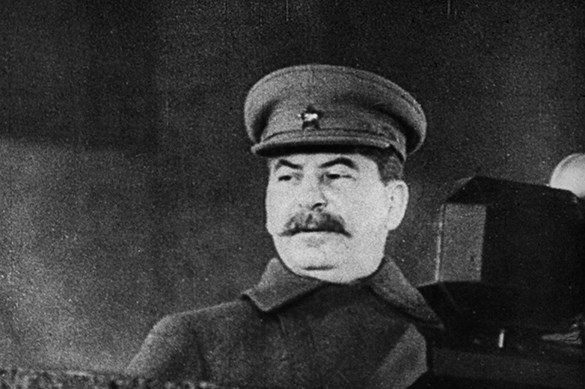 According to the study, one-third of the polled Russians (34%) believe that "no matter what errors and evil might be ascribed to Stalin, it is most important that under his leadership the Russian people won the Great Patriotic War. In 2007, this point of view was shared by 28 percent of Russians.

Twenty percent of respondents believe that "Stalin was a wise leader who led the USSR to power and prosperity" (14% in 2007).

Fifteen percent of respondents believe that "only a tough ruler could maintain order in the state under conditions of the acute class struggle, an external threat, and universal lack of discipline that we had 50-70 years ago."

Twelve percent of respondents believe that "our people will never be able to do without a leader like Stalin; sooner or later he will come and restore order" (9% in 2007).

The amount of critical assessments of Joseph Stalin has dropped since 2007. The poll was conducted among 1,600 people in 137 settlements of 48 regions of Russia.

At the same time, 21% of respondents said that Joseph Stalin was a "cruel, inhuman tyrant, guilty of the extermination of millions of innocent people" (29% in 2007). Thirteen percent said that "because of Stalin's policy, the country was unprepared for war in 1941 and suffered grave losses in the war" (17% in 2007).

Interestingly, 87 percent of the polled Russians said that they would like to see a monument to Stalin in their places of living.

Sovietologist and Professor Kyle Dawson believes that the growing popularity of Stalin reflects Russia's need for the strong hand and tough geopolitical decisions.