Ded Moroz, or Grandfather Frost, the Russian analogue of Santa Claus, said that he did not have how own granddaughter. 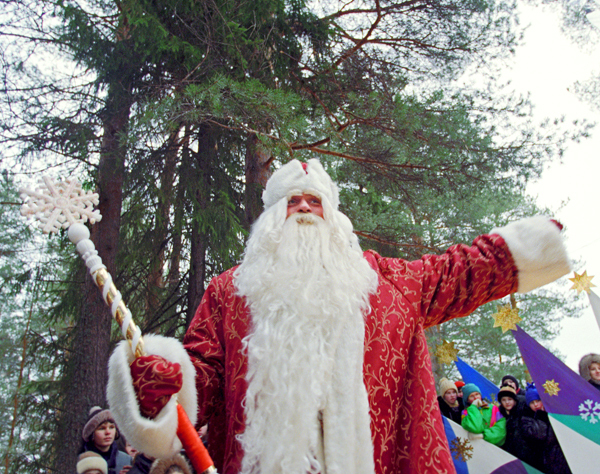 Ded Moroz is the main fairy-tale character of New Year holidays in the Russian Federation. He is known as a winter wizard, who comes to every home to bring children New Year gifts by placing them underneath Christmas trees at night. Ded Moroz very often appears in a company of his granddaughter, Snegurochka, or Snow Girl.

"If I had a wife and children, you would have known that. Do you know everything about my Snegurochka? Well, she is my granddaughter, but she is my adopted granddaughter," Ded Moroz said.

Ded Moroz, or Grandfather Frost, also said that he considered all children and adults in Russia his grandchildren.

"My family is the largest, because all of you - both kids and adults alike - are my grandchildren. My sweet and beloved grandchildren," said Ded Moroz.

Not that long ago, Ded Moroz opened his residency in the Nizhny Novgorod Kremlin.