In Moscow, the police arrested a man, who wrote the words "Peace to the world" on the Kremlin wall. The man used a piece of chalk for his act. 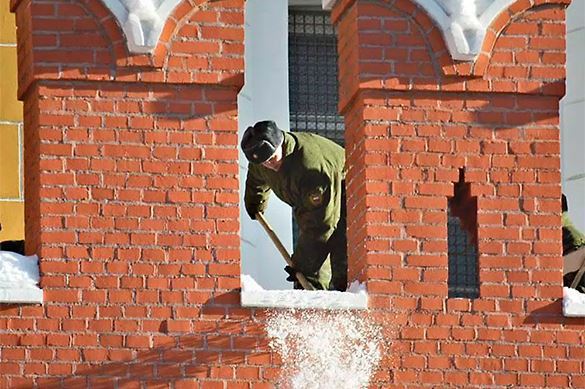 The unidentified man was detained in the Alexandrovsky Garden. During his arrest, the man told the police that he was a magician, and his inscription on the Kremlin wall had secret magical properties.

After such a statement, the man was taken to a police station, from where he was then sent to a psychiatrist.

The man paid a visit to the psychiatrist and was then free to go home as he was proved to be mentally stable.

The Moscow Kremlin is an especially protected object, on the territory of which such behavior is not allowed. Noteworthy, the Moscow police arrested several German tourists near the Kremlin in the autumn of 2015, because the tourists were trying to take an aerial photo of the Moscow Kremlin with the help of a quadcopter.