Russia has launched the production of collectible models of Russian military hardware produced by Uralvagonzavod Corporation. 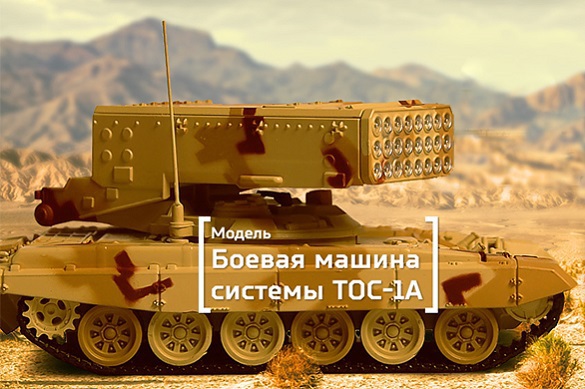 According to Deputy CEO of Uralvagonzavod, Aleksei Zharich, the idea is to return models of Russia's renowned military equipment to domestic toy stores.

"The models of Russian arms complexes have completely disappeared from toy stores, and you can see our children playing foreign toy tanks. It is important to engage children's interest in domestic military hardware, and they can come to work in the military-industrial complex of the country as they grow up," said Alexey Zharich.

First batches of collectible toys are expected to be sold in about six months. Foreign collectors, particularly from the UK, have already evinced their interest in the project too.

In Russia, one can already buy mini copies of T90S tanks and tactical flamethrower system TOS-1A "Solntsepyok" ("Sunheat"). In the first half of 2016, models of tank support combat vehicle BMPT "Terminator" and BMPT-72 "Terminator 2," as well as self-propelled howitzer MSTA-C will also be available. All toys are made of cast iron and plastic.