World-famous animal trainer Hamada Kuta was arrested in Russia's St. Petersburg, where he was performing with his "The Prince of Egypt" circus show. The trainer was detained for violating visa regulations and can thus be deported from Russia. Hamada Kuta was touring Russia by invitation from Russian State Circus. 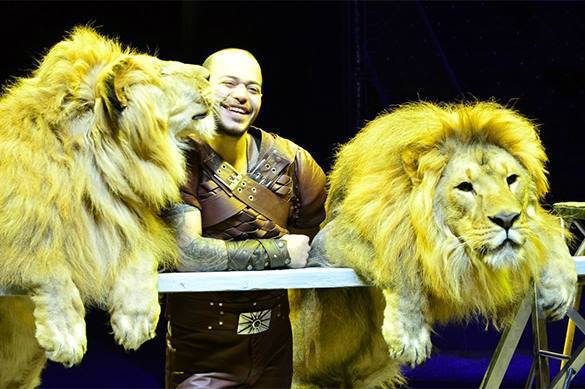 According to Fontanka.ru, migration officers came to the St. Petersburg Circus in Avtovo on December 1. It turned out as a result of the inspection that the visa of the leading actor and author of the show expired in late November.

The trainer was taken to a local police station, where a protocol was drawn up against him in accordance with Article 18.8. of the the Administrative Code "Violation of the rules of staying in Russia by foreign citizens." The article stipulates for a fine and deportation.

The same day, Hamada Kuta was hospitalized with a suspected stroke right from the police station, where he was taken, TASS reports. According to doctors, the preliminary diagnosis was not confirmed. The artist will stay under medical supervision for several days.

According to the circus schedule, Hamada Kuta was supposed to give his next show on  December 5.

Noteworthy, the relations between Russia and Egypt aggravated after the crash of a passenger jetliner on the Sinai Peninsula. Investigation revealed that the plane crashed when a bomb that someone planted underneath one of the passenger seats exploded, causing the tail part of the aircraft to separate and killing all 224 Russian citizens on board instantly.