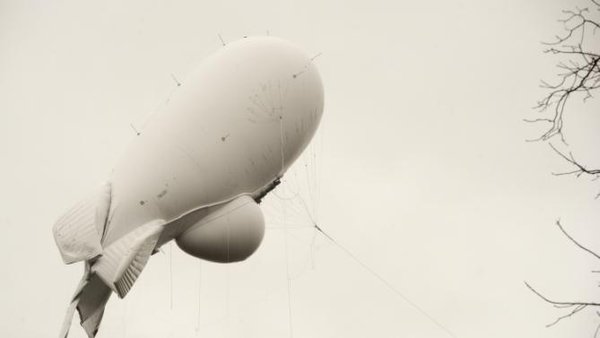 An unmanned reconnaissance aerostat broke lose from its tethers and was flying above the State of Pennsylvania for several hours.

The airship appeared in the sky at a height of about five kilometers before it landed hours later in the rural area of ​​Montour Country. No one was hurt, but the army blimp, when drifting in the air, damaged electric power lines.

The video of the army blimp over Pennsylvania appeared on the Internet.

Two F-16 fighter jets were dispatched to monitor the aerostat. The airship was used for military purposes: to detect missile strikes, to conduct aerial reconnaissance. The aircraft was outfitted with secret equipment and radars.

The cost of such a military airship amounts to approximately $180 million.