A young male resident of Russia's Kemerovo region lost 46 kilos of excess weight to be able to join the army. 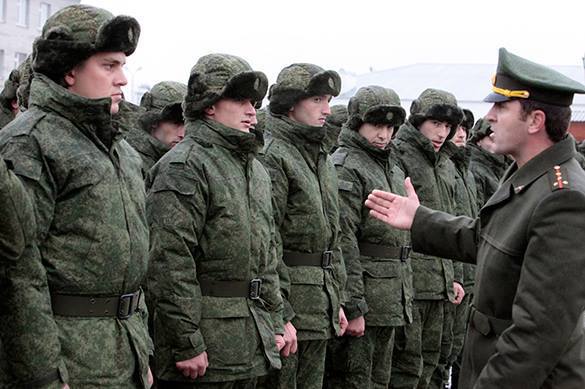 Twenty-year-old young man, named as Sergei Malevanny, did not pass a medical examination in the military because of obesity. The man has managed to lose 46 kilos of his weight and will be  drafted into the Armed Forces of the Russian Federation in November, Interfax reports.

Russians think of Russian army as one of world's best

Back in spring, the man weighed 130 kg being 171 cm tall. Members of the military committee recommended him losing weight at least to 90 kilos to be able to join the army.

The young man went on a diet and started doing martial samba and physical exercises. In summer, he lost nearly 50 kilos of excessive weight. Today, Sergei has the "A" category and can thus serve any kind of troops.

Noteworthy, draft committees do not suffer from the shortage of recruits in Russia. The draft plan in the autumn of 2014 was executed completely along with the spring conscription campaign in 2015.