Angry Germans block the way for buses packed with refugees

On October 13, a number of German cities held protest actions against refugees arriving in Germany. 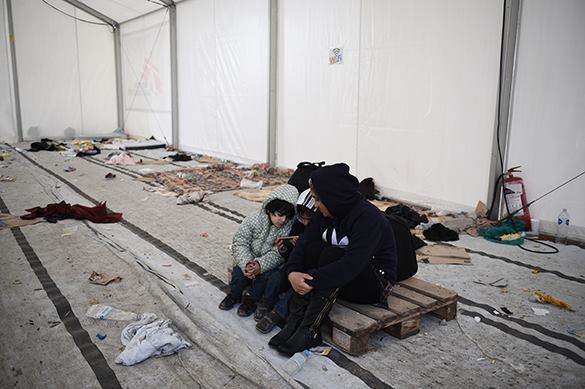 In Dresden, the rally of the anti-Islamic movement "Europeans Patriots Against Islamization of the Old World" (known for German initials as PEGIDA) gathered nine thousand Germans, who demanded the authorities should stop accepting migrants from Muslim countries.

The protest was also held in the Bavarian town of Landshut, where opponents of the migration policy of the German authorities tried to block the way for the buses packed with refugees, The Prison Planet reports.

The video as posted below begins with police officers pushing back German citizens who are preventing the buses from entering the town.

"You go against your own people, you go in front, we pay your money, our children - their future is ruined - you are ruining this country. Do you have any honor left in your bodies?" says one of the men as the police get more aggressive.

Some of the citizens begin chanting, "Our own people should come first," before openly goading the police by yelling, "Go ahead and shoot - shoot your own people."