The Cathedral Mosque is opening in Moscow after ten years of large-scale reconstruction works. The territory of the mosque has been enlarged 20 times, thus making the Muslim temple in Moscow the largest in Europe. 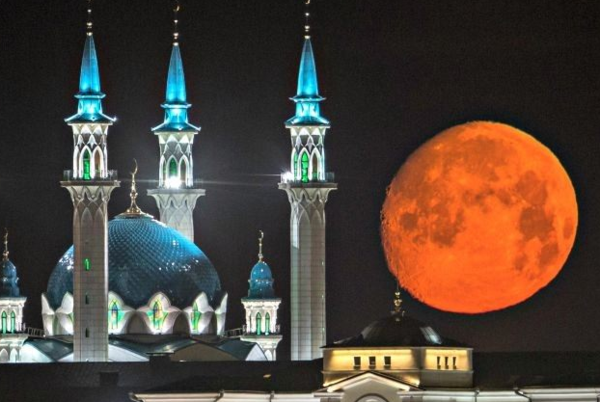 The opening ceremony, as expected, will be conducted with the participation of the heads of several states. The mosque was to be opened in May 2016, but then it was decided to accelerate the works to open the temple in time for the 70th anniversary of Victory over fascism.

The mosque was opened in 1904. During the Soviet times, it was the only mosque in Moscow. Restoration began in 2005, when it was dangerous to stay in the building.

Currently, the mosque is capable of housing up to 10,000 people, although many Muslims will still have to pray outside the building, on adjacent streets. There are nearly two million muslims in Moscow and only six mosques.

After the restoration, three of the six floors of the building will be used for prayers. There are also rooms for ablution, office space, a state-of-the-art conference room with cabins for simultaneous interpretation. The mosque is equipped with seven high-speed elevators, large screens and air conditioners.

"I don't know whether there are many other mosques like ours in the world. I have been to many mosques - in the Arab Emirates, in Morocco, in Jerusalem, Egypt, Turkey and so on. Our mosque is very modern, but at the same time it is classic," the chairman of the Council of Muftis of Russia, Ravil Gainutdin told TASS, Pravda.Ru reports.

Reportedly, the King of Saudi Arabia, the heads of Qatar, Kuwait, Turkey, Palestine, Jordan, presidents of Kazakhstan, Kyrgyzstan, Turkmenistan, Tajikistan, Iran and other countries were invited for the opening of the mosque in Moscow.

The mosque is located on Prospekt Mira metro station, near the Olympic Sports Complex (Olimpiisky).