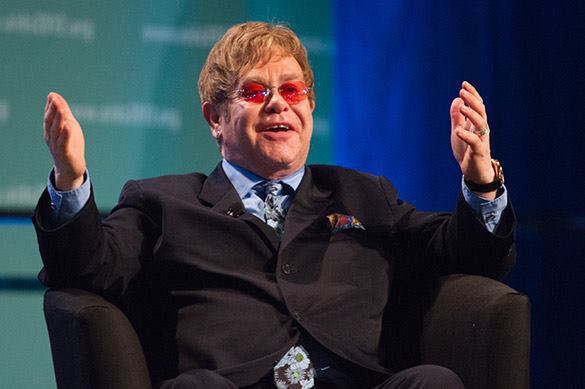 Pravda.Ru reported, that Elton John had recently received a call from the "Russian leader". However, as it turned out, it was a well-known Russian prankster Vladimir Krasnov, known as "Vovan".

Despite this prank, which the British musician presented as a real fact at first, he wishes to meet with Vladimir Putin all the same.

Elton John made a declaration of love to Russia and claimed that if this unfortunate incident had helped push his vital issue back into the spotlight, then he would be happy to be pranked on this occasion.

"Homophobia, however is never funny. I love Russia and my offer to talk to President Putin about LGBT rights still stands," Elton John concluded.