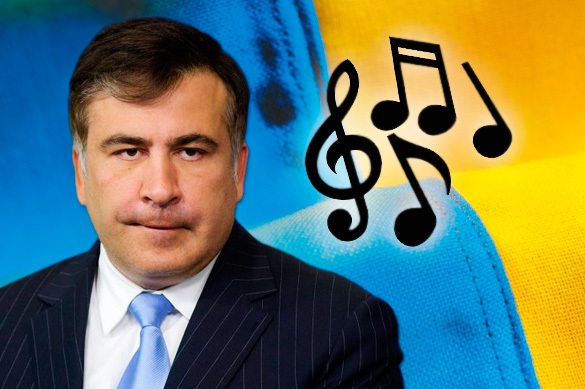 Mikhail Saakashvili, former President of Georgia, and now the governor of the Odessa region of Ukraine, amused journalists and bloggers with his unusual behavior again.

During the recent Congress of Poroshenko Block party in Kiev, Saakashvili displayed strange behavior while talking to reporters. At first he was answering questions, but when the anthem of Ukraine started playing, he suddenly stopped talking and stood silently, craning his neck, Pravda.Ru reports.

As the music of the national anthem of Ukraine was playing, Saakashvili was looking into the distance, listening very attentively, as if he was trying to understand the words of the anthem. The journalists near him were doing their not to burst out laughing.