Matchday 1 is complete and the two Russian teams, CSKA Moskva and Zenit St. Petersburg, which came away from Valencia in Spain with a brilliant victory by three goals to two. Yesterday CSKA lost by one goal to nil at Wolfsburg's stadium in Germany. The other game in Group H ended in a 1-1 draw between Gent and Lyon. 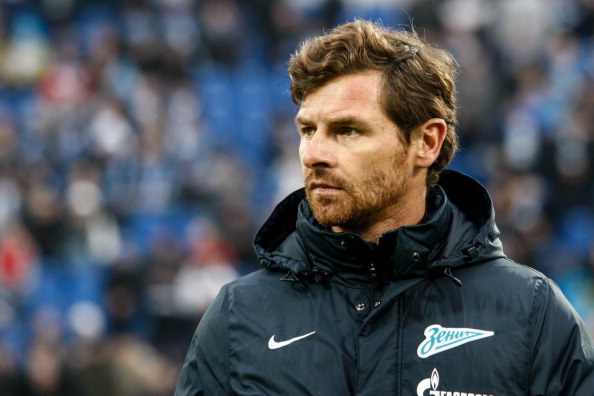 Zenit came away from Valencia in Spain with a useful 3-2 win. Hulk had fired the Portuguese André Villas-Boas' side ahead by two goals at the break, on 9' and 44', before the home side came out of the tunnel inspired by Nuno Espírito Santo, the home team's Portuguese coach. João Cancelo and André Gomes pulled two goals back (55' and 73'). Three minutes, Witsel scored the winner.

Zenit played like a fox, taking advantage of the counter-attack with lethal efficiency. The team to watch?

CSKA go down by minimum margin

A goal by Draxler after 40 minutes was enough to give Wolfsburg the three points against an organized CSKA side...but the statistics speak for themselves. Ball possession was 59% to 41% in favor of the German side, which had 18 shots against CSKA's 7 (7 on target against 3, 6 off target against 2, 5 blocked against 2).The home side also had 5 corners, while CSKA had just one. However, CSKA soaked up the pressure and came through with few wounds. In Moscow things can be different. In the other game in Group B, PSV Eindhoven beat Manchester United 2-1

In the other games, Group A: Benzema got one and Cristiano Ronaldo a hat-trick in Real Madrid's comprehensive dismantling of FC Shakhtar Donetsk (Ukraine), 4-0. Di Maria and Cavani scored for PSG against Malmö. Group B: Depay scored for United before home side PSV equalized through Moreno (45+2) and Narsingh (57'). Group C:

Griezmann scored a brace for Atlético in the first half in Turkey against Galatasaray, a team which attacked more but inefficiently; in the other game Benfica won in Lisbon against Kazakhstan's first ever presence in the Champions League (Astana) with goals from Gaitán and Mitroglou in the second half. Group D: A bad night for the Premier League with both Manchester teams going down. Manchester City rule the roost at home with five wins from five games but in the Champions, the first game ended in a home defeat to Juve. The first goal came from City but was an own goal by Chiellini on 57', after which the visitors scored through Mandzukic and Morata. Sevilla wrapped up a great night for Spanish teams (three games, three wins, 9 goals scored, zero conceded) with a comprehensive trouncing of Borussia Mönchengladbach with two penalties (Gameiro, 47 and Banega, 66) and the third from Konoplyanka on 84'.

Manchester City continues its great start to the season with 15 points from five games. Leicester City FC follows on 11 points, continuing a winning streak shown at the end of last season which kept the club in the Premiership. Manchester United, much improved, shares third place with Arsene Wenger's young and exciting Arsenal side on 10 points and fellow London clubs West Ham United FC and Crystal Palace FC have nine

In Portugal, two teams from the north and two from Lisbon occupy the four top places, FC Porto in top spot with Sporting Clube de Portugal, both on ten points, having won three and drawn one game; third is Sporting CP's arch rival in Lisbon, Sport Lisboa e Benfica one point behind and fourth is FC Paços de Ferreira, on eight.

No totalists in France, with Paris Saint-Germain top on 13 points, followed by Stade Rennais FC one point behind and Stade de Reims and AS Saint-Étienne on ten points sharing third place.