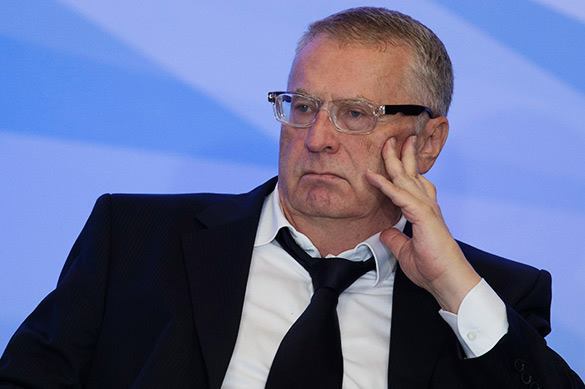 According to Zhirinovsky, by banning such events, Russia attracts more public attention to them at the time, when the authorities take efforts to protect minors from the influence of LGBT propaganda.

"If they (sexual minorities) want to hold it somewhere, let them start with discussing it in specific clubs," Vladimir Zhirinovsky said, Pravda.Ru reports with reference to the Komsomolskaya Pravda.

The leader of the Liberal Democratic Party also said that a gay pride parade may take place in Moscow already in 2016.

"Under the constitution, any party and any organization has a right to hold public events if they are not connected with violence," the politician said. At the same time, he added that the LGBT community was not likely to succeed with a large-scale parade in Russia, but they can do something to establish their own specific clubs for a start.

The most recent act of protest of the LGBT community took place in St. Petersburg, when only one man, Yury Gavrikov, a member of "Equality" LGBT organization in the city, came to Palace Square on the Day of Airborne Troops (VDV Day) and expressed his protest against the policy of the local authorities regarding the prohibition of gay parades.

Noteworthy, British singer, songwriter and musician Sir Elton John said yesterday that he had had a call from President Putin himself. According to Elton John, Putin personally called him to discuss an opportunity for their meeting. The meeting, the UK-born singer said, would be devoted to the problems of gay individuals in Russia. The singer received the call from Putin after he publicly announced his intention to meet the Russian president.

However, as it turns out today, President Putin did not talk to the British musician on the phone. Most likely, the world-famous musician fell a victim to a prank call. According to Putin's official spokesman Dmitry Peskov, there was no conversation with Sir Elton John. "I don't doubt, though, that the president would be ready to meet Elton John to answer his question if there is such an opportunity and intention for that," Peskov said.