US has 48 mln starving people 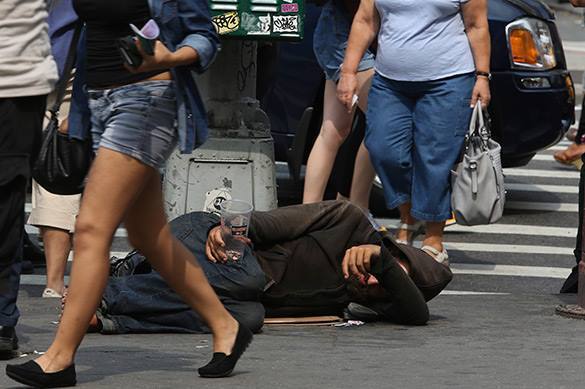 The US Department of Agriculture published statistics, witnessing food shortages in the country.

The politicians claimed that 48 million of the American residents, that is 1 out of 7 Americans, struggled in 2014, as not being able to provide their families with food.

Among those suffering hunger, there were 15 million of children, 12 million of the Hispanics, and 15 million of black people. The USDA officials named this tendency a "very low food security" and noted that it caused damage to 14% of the American families.

Another 13% of the American families are brought up by single mothers, who also do not have enough money for food.