The American President published a selfie in the Instagram with Bear Grylls, host of "Running Wild". The photos were taken during the Barack Obama's visit to Alaska, where he took part in a show. 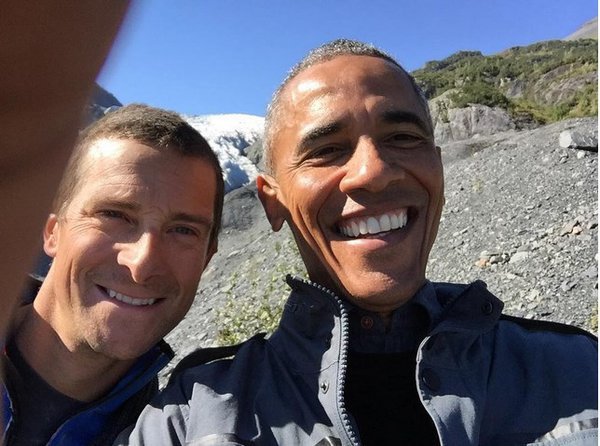 The photos aroused a wave of sarcastic comments among the Internet users. And that is not the first time, when the White House resident becomes a prime target for mockery. The case is that the host of the program found a salmon by a river, of which a bear had eaten the most rich parts, and left the rest on a shore. Grylls made a meal for the President out of the leavings from the bear's supper, which Obama called tasty.

The American leader later doubted whether Grylls should have said "this was a leftover fish from a bear".

Some interpreters of the US President's selfie also noted that a bear is a symbol of Russia, and if the head of the American state is ready to eat up its food, that is full of suggestions.

As it is known, the bears often eat only the richest parts of fish, i.e. skin, caviar, and head, while leave the flesh untouched.