Depardieu: Want to live in Belarus, President is nice there

Famous French actor Gérard Depardieu wants to sell all of his property in France, as he claimed in an interview to Le Figaro TV Magazine. 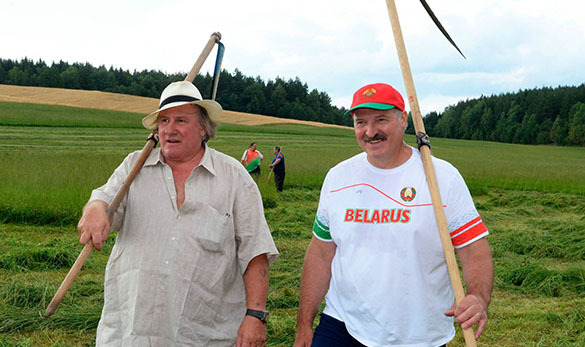 "I think that I'm going to sell everything in France. I no longer want to be part of this country, even if I like the French. Apart from journalists who are in the government's pay," Depardieu said.

Depardieu currently resides in Italy, but he is going to move to Belarus to live "among peasants, as it is beautiful there and the President is nice".

Pravda.Ru reported that the French actor became a Russian citizen in 2013.