Illegal migrants have broken away from the reception camp near the Hungarian Roszke. 300 people managed to climb over the fence and set to the motorway. 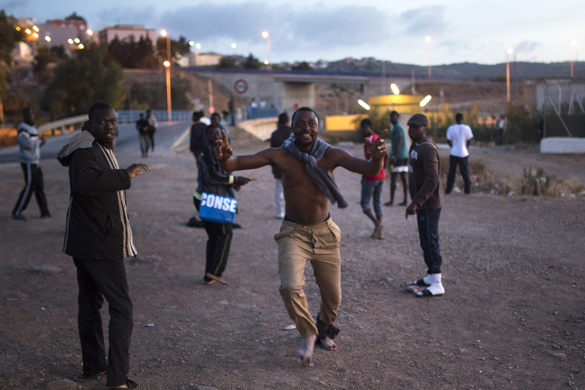 The reception camp near Roszke may accommodate about 1,500 people. The police have given chase. Traffic on some motorways has been halted.

Migrants are not allowed to enter the railway station of the Hungarian capital, after the disturbances they had created. Hundreds of migrants tried to get onto the trains going to Austria and Germany. Passengers had to be evacuated from the waiting room. The railway traffic was halted, as Pravda.Ru reported.

Last week Hungary registered a record-breaking number of migrants that arrived during one day from Serbia: 3,241 refugees crossed the border on 26 August.