Poll: 59% of Russians consider US a hostile country

Russian Public Opinion Research Center conducted a poll, according to which 59% of the respondents consider the US to be a hostile country. 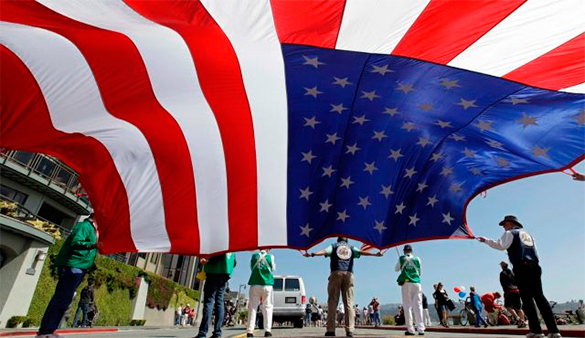 15% of those surveyed claim that America is a country of moral decline.

The research says that America "triggers mostly negative emotions: negative statements towards the Americans (9%), hostility, aversion, hatred (2%) and many others. The US is perceived as an aggressor (4%), "enemy number one" (4%), provocateur (2%), a country which aims at world domination (2%), and conducts anti-Russian policy (2%)".

Experts note, that the Russian opinion on the US has changed drastically for the last 25 years. In 1990 more than a third of Russians believed that the American authorities were well disposed towards Russia. Today, 31% considers the US to be "unfriendly".

The poll was conducted on 25-26 July. 1600 people were surveyed in 46 constituent entities of Russia.

As Pravda.Ru reported the previous poll showed that 85% of Russians wouldn't like to live abroad.

Given the data of Levada Center, the vast majority of the Russian citizens, namely 86% approve the policy of the President Vladimir Putin.