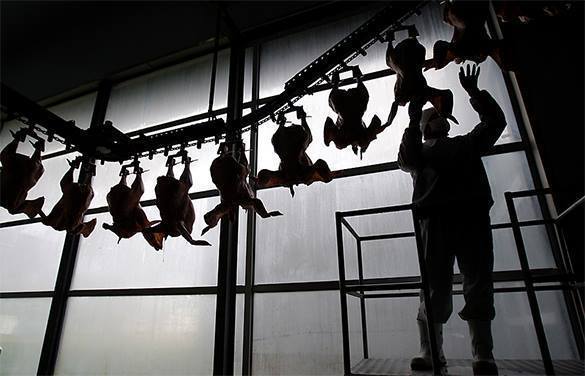 In the Voronezh region, an unknown animal has been killing livestock for several days already. The animal looks like a big dog, eyewitnesses said.

Local residents say that the animal attacks at night, killing mostly hens. The bodies of the killed birds are then found completely bloodless, Moe!Online reports.

People think that it is a chupacabra that kills their hens. The name 'chupacabra' translates as 'goat vampire' as the mysterious creature is said to kill goats by drinking their blood.

Descriptions of the chupacabra are also different. Some say that the creature looks like a dog without hair, others clim that it is a a reptile with sharp spikes on the back.