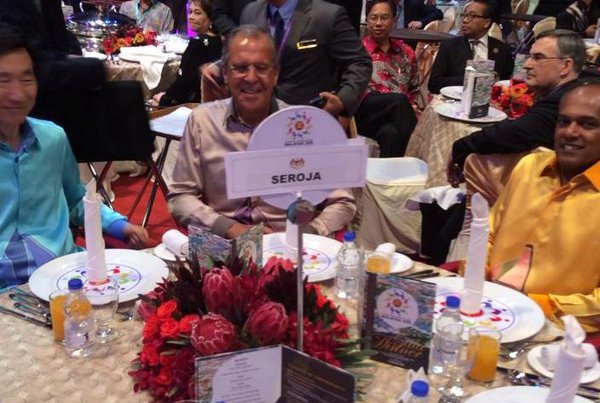 Traditionally, delegations of the participating countries posed to photographs dressed in national Malaysian shirts and took part in a ceremonial gala dinner.

Russia was represented by Foreign Affairs Minister Sergei Lavrov and Deputy Head of the Department of Information and Press of the Russia Foreign Ministry, Maria Zakharova.

Maria Zakharova took a photo of Sergei Lavrov's dinner table and posted the photo on her Facebook page.

"The table, at which Lavrov is sitting, is decorated with a lovely nameplate that says "Seroja," Zakharova wrote.

The name "Seroja", or Seryozha, to be more precise, is a short for Sergei and is commonly used in Russia.

During a two-day stay in the Malaysian capital Kuala Lumpur, Russian Foreign Minister Sergei Lavrov attended the ministerial ASEAN forum and held a series of bilateral meetings devoted to Ukrainian issues, including with US Secretary of State John Kerry.