The world's richest people of all times and nations have been named. 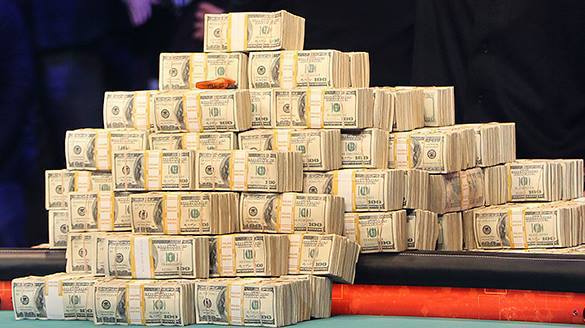 According to Forbes Magazine, the world's richest man of all times is Microsoft founder Bill Gates, whose fortune is evaluated at $78.9 billion. Bill Gates is the richest man alive.

However, according to Time, Bill Gates is ranked only ninth as the magazine analyzed world's richest men through the prism of world history.

The eighth place is taken by Breton knight Alan the Red (Alan Rufus), who died in 1093. At that time, he owned the fortune worth 11,000 pounds sterling. If converted into modern money, Alan the Red would have 194 billion US dollars on his bank account.

The seventh place belongs to John Rockefeller, whereas the sixth place is taken by the richest businessman in the history of the United States, Andrew Carnegie.

The fifth place went to Joseph Stalin. Stalin personally owned the world's largest state, so could afford anything that he wanted.

By analogy, Akbar I, the greatest emperor of India's Mughal dynasty, is ranked fourth. The top three includes Chinese Emperor Shenzong, who died in 1085. During his reign, the Chinese empire was producing 30% of global GDP.

The second richest man in world history was Roman emperor Augustus Caesar. If converted into numbers, his riches would be worth $4.6 trillion US dollars.

Finally, the world's richest man in the entire history of mankind is Mansa Musa, the head of state of Mali, who lived from 1280 to 1337. His African kingdom was the largest producer of gold in the world.

85 richest men own half of world's wealth