12:29
Henry Kissinger: There are three possible outcomes of the Ukraine crisis
11:53
Putin's decree causes securities of Japanese companies to fall
11:28
Russia lifts all coronavirus restrictions as COVID-19 incidence falls 64 times
19:10
Ukrainian MP says the capture of Russian regions was discussed at the NATO summit
18:26
Scholz names the conditions for lifting anti-Russian sanctions
17:40
Russian intelligence: Poland's working on scenarios for the dismemberment of Ukraine
17:01
Putin answers to Ukrainian's HIMARS with Sarmat and S-500
16:30
Emmanuel Macron ready for dialogue with Putin when necessary
15:51
Frozen Russian assets: The greatest theft in history

French MP wears 'Obama, you're a douchebag' T-shirt in Crimea

Ignorance of the Russian language put a French MP into a very confusing situation. 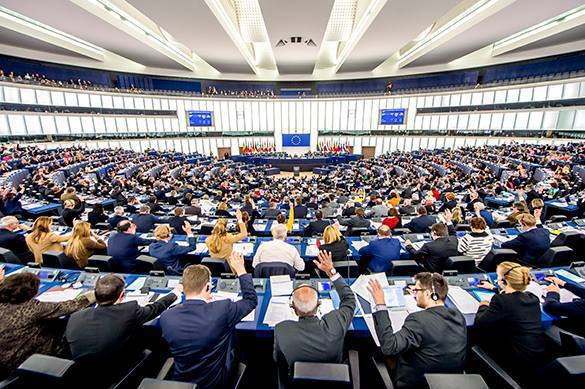 When in the Crimea, the French MP bought a T-shirt with a notorious slogan "Obama, you're a douchebag" written in Russian on it (pic of the shirt here). The MP did not even think that there could be obscene language used on the shirt with an image of Russian and US presidents.

"It was the photo of Putin and Obama that attracted my attention, and I could not even assume that there was an offensive word used on it. I learned about it only an hour later," gazeta.ru quoted the MP as saying.

Last week, a group of French parliamentarians visited the Crimea. The head of the group, MP Thierry Mariani, told reporters that the French Foreign Ministry expressed serious concerns about the decision of the parliament, but they did not cancel the visit to the Crimea, the purpose of which was to see the real state of affairs in the region.

As a result of the visit, the French MPs said that the reunification of the Crimea with the Russian Federation was legitimate. Kiev announced the members of the French delegation in the Crimea personas non grata in Ukraine.