US schoolchildren to scan veins to lunch

To get a lunch for school children from Georgia State will be not so simple from now on. 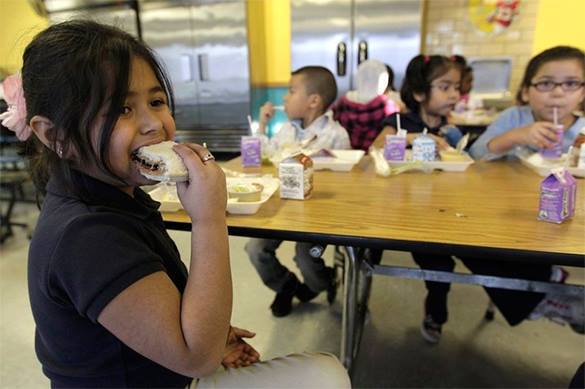 A special scanning device will be installed to take "a super high-resolution infrared photograph of the vein pattern just below the skin," that will be "recorded, digitized and stored on an encrypted server."

"It's a secure way to ensure a student's identity when paying for a school meal, decreases the time students may spend in line, and takes less than four seconds to complete each sale," according to School Nutrition Director Susan Schlader.

A district spokesman praised the scanners' "efficiency" and said they would reduce human error and fraud, and would allow parents to know how much their children are spending on lunch.

"It doesn't take a picture of a finger print or a handprint, it simply connects the activity of the vein to the number system (to) the account where the parents have already given us their Visa number or MasterCard number and paid for lunches," said Brian Fox, a district spokesman. "It's the same information we already keep like Social Security numbers and phone numbers and addresses, we are charged with keeping confidential."

But parents fought back, wanting to maintain their children's privacy as much as possible.

"If the school district needs my signature in order to obtain my daughter's photograph and use that photograph in publication because of a privacy issue, then I believe I should have to sign an authorization to use my child's identity ... for them to do that," said parent Christina Allen.

"To hear those words 'vein recognition program' ... it's very invasive to me. What is it in my daughter's veins ... they need to photograph?" Allen questioned.