Globe may verge to mass famine in 40 years

Climate change, genetically-modified cultivation, and political instability may lead to food shortages and even mass famine in some dozens of years. 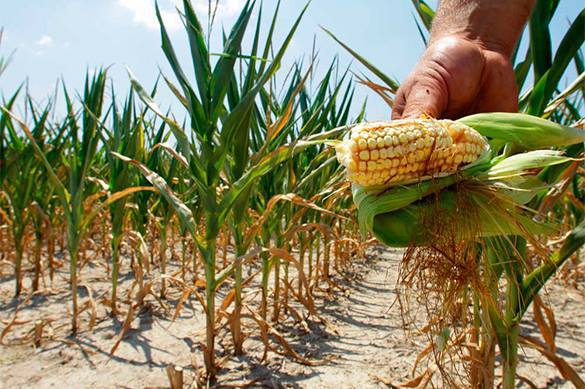 Disastrous method of food production is wholly unsustainable, and any disruption stands to eliminate a significant percentage of the world's food, as well as set off a chain reaction whereby food prices skyrocket.
According to the Lloyd's report, entitled Food System Shock, wheat, maize, and soybean prices, stand to "increase to quadruple the levels seen around 2000," with rice prices jumping by 500 percent. The result of this would be the culmination of everything that analysts and prophets alike have forewarned us about for many years: Societal chaos and civil breakdown.

"Sudden disruptions to the supply chain could reduce the global food supply and trigger a spike in food prices, leading to substantial knock-on effects for businesses and societies," the report warns.

"A shock to the global food supply could trigger significant claims across multiple classes of insurance, including (but not limited to) terrorism and political violence, political risk, business interruption, marine and aviation, agriculture, environmental liability, and product liability and recall."

From the perspective of minimizing the risk, it would seem prudent that nations scale back their industrialization efforts and begin to diversify food production rather than centralize it. This would include ditching GMOs and biotechnology and returning to the food production methods of old.