After the church shooting in South Carolina, USA, Google and Amazon removed the products that carry images of the Confederate flag from their websites. However, Amazon's policy of political correctness looks very surprising. 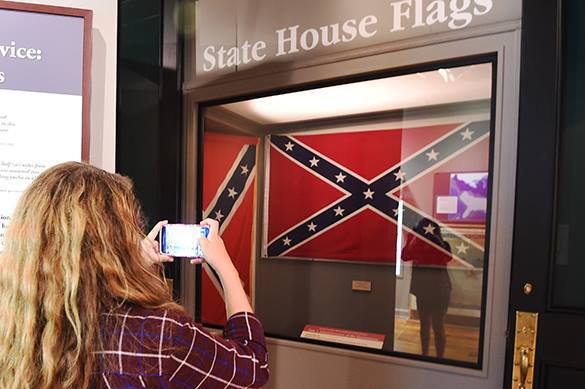 Claiming that the company does not approve of the historical racism linked to the rebel battle flag, the retail giant obviously has no problem with celebrating Hitler and his Nazi Germany that murdered eleven million people mostly because of their ethnicity during WWII.

For example, Amazon shoppers can buy Nazi SS flags, NaturalNews.com reports. There are a great many additional Nazi and Hitler related items that one can buy on Amazon. They are Hitler phone case, commemorative Nazi gold featuring Hitler's signature, a replica of a knife from Nazi Germany featuring an eagle atop a swastika and many other items.

Yet, no one will be able to buy Confederate-related merchandise, just because it is racist.

Also read: Racism in USA is not dead. Racism lives on and on