In Texas, a police officer shot a 47-year-old white man named James Bushey, who was trying to steal a case of beer from a Walmart store in Texas. 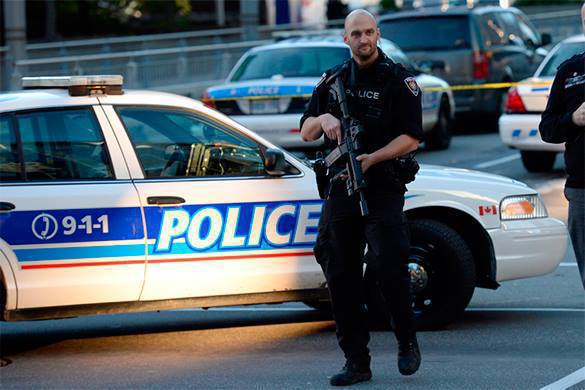 The man hid in the bathroom of one of the restaurants, where Sergeant Gabriel Green and his partner, officer Kaylynn Griffin, found him.

Sergeant Green found the man, James Bushey, inside the bathroom washing his hands. And ordered him to step outside.

Both cops walked Bushey out of the restaurant, requesting his identification where it looked to be headed for a routine arrest, photographyisnotacrime.com website says.

But once outside, Bushey pulled out a replica Colt 1911 .45 caliber handgun, prompting Griffin to yell out "gun, gun, gun!" as Green tried to wrap his arm around his neck.

Bushey broke free with the fake gun in his hand, then turned around as if he was going to shoot them.

Both officers opened fire, killing him on the spot.

According to the statistics from May 2015, the US police have killed as many as 400 people in only four months.

Man wakes up to receive 16 bullets from police