A Wildlife SOS team found a rat snake in a public toilet at the Sulabh Toilet Complex of the Talkatora Stadium, India. 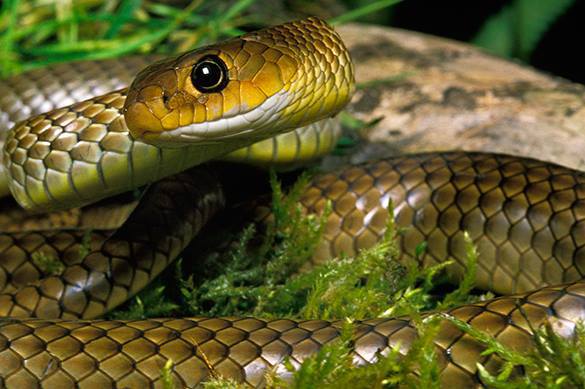 A staff member called the police as soon as he saw a large yellow snake that was crawling into the women's bathroom. The police called the rescue team that immediately arrived at the scene to capture the reptile, The Hindustan Times reports.

"From the details provided, we determined that the snake was probably a ratsnake and this was confirmed when we reached the location. It could have been a threat to anyone but the reptile was rescued in time," said Wildlife SOS Rescue Coordinator, Harshad Solanki.

The non-venomous rat snake was subsequently released into its natural habitat.

Rat snakes are found throughout much of the Northern Hemisphere. They feed primarily on rodents and birds. With some species exceeding 3 m (10 ft) in total length, they can occupy top levels of some food chains. Some species can be very skittish and sometimes aggressive, but bites are rarely serious. Like nearly all colubrids, rat snakes pose no threat to humans.