According to a new voluntary certification program of the US Department of Agriculture, food manufacturers will be allowed to add a label that does not mention GMOs in foods. This is evidenced by a leaked internal document that the Associated Press obtained, Pravda.Ru reports. 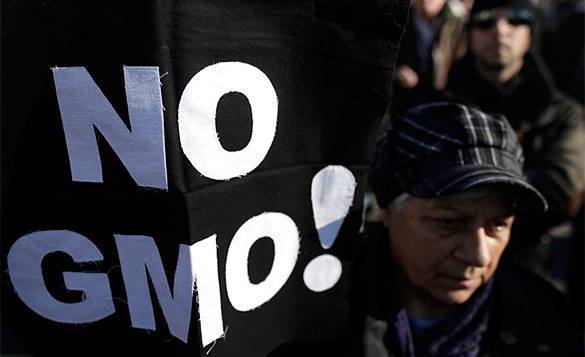 The move has been widely interpreted as an attempt to head off a growing movement for mandatory labeling of GMO ingredients.

The pros and cons of GM food

The certification program is being created by the USDA Agriculture Marketing Service, which verifies agricultural claims on food packaging.

"Recently, a leading global company asked AMS to help verify that the corn and soybeans it uses in its products are not genetically engineered [GE] so that the company could label the products as such," Vilsack wrote in the letter. "AMS worked with the company to develop testing and verification processes to verify the non-GE claim."

Companies wishing to participate will pay the AMS to verify their non-GMO claims. The program "will be announced soon, and other companies are already lining up to take advantage of this service," the letter says.

Following the letter being leaked, the USDA confirmed that the letter had been sent, but had no further comment on the program.

Yet, many consumer advocates are pushing for the United States to join the ranks of countries that require the labeling of GMOs on food ingredient labels. This would help consumers realize how prevalent GMOs are in the food they eat, they say. For example, nearly all corn and soybeans grown in the United States are GMO, and corn and soy derivatives are found in nearly all processed foods.