The officer, who assaulted a teenage girl and then pointed a gun at other unarmed teens at a pool party in Texas, was identified as Eric Casebolt. Ironically, Casebolt received the Officer of the Year award in 2008, his LinkedIn profile said. Noteworthy, the profile has been removed. 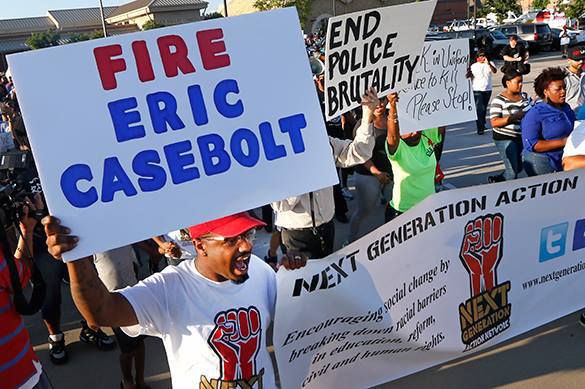 Officer Eric Casebolt was suspended after a video showing the officer manhandling a teenage girl and pulling his gun on unarmed teens surfaced on social media and went viral.

"There were multiple civil rights violations that occurred in the seven minute film. The officer threatened to stomp people if they didn't stop running their mouths. The officer assaulted and detained someone who didn't obey an unlawful order. The officer pulled his firearm on unarmed teens like the cowardly punk that he is. Some people may think that this is too much to say, but it happened," The Fifth Column News said.

This officer's actions, captured on video, if even slightly indicative of how he operates on a regular basis, seriously call into question the legitimacy of any type of recognition and honors he has received for his past actions as a police officer.

"I am disturbed and concerned by the incident and actions depicted in the video," McKinney mayor Brian Loughmiller says in a statement on Sunday.