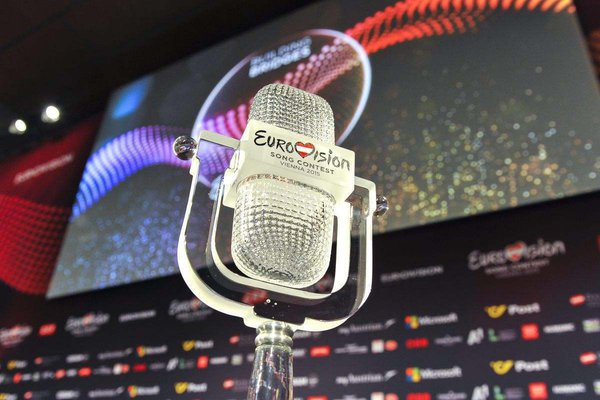 On the 60th anniversary of Eurovision, which takes place this year in Vienna, another scandal is brewing. European media suspect that organizers of the event are biased to competitors, Greek publication Typologies wrote prior to the start of the first semi-finals of Eurovision 2015, where Russia is represented by Polina Gagarina.

European publications note that promoting contest favorites is a costly activity. Many bookmakers and journalists are unanimous that Sweden is top favorite this year. Sweden is represented by popular singer Mans Zelmerlow, who is performing with his hit song "Heroes."

European media say that during the process to pick representatives from each country, it appeared that there were organized efforts taken to prevent the singer from taking part in Eurovision. In particular, there were articles saying that the song of the Swedish singer was a ripoff of David Guetta's "Lovers on the Sun." Some time later, the original video to the song was taken down from the official YouTube channel of Eurovision Song Contest. In the press, there were messages about the necessity not to raise the subject.

A typical example of this is the way in which Jarmo Siim, the Communications Coordinator at EBU/EUROVISION for the Eurovision Song Contest, approached among others, a Greek journalist and asked him to "keep on bashing the Swedish song and put the pressure on us".

In addition, the organizer of the event - the European Broadcasting Union (EBU) - has been raising organization requirements for world capitals that host Eurovision, even though the effort spent may not pay profit back. For example, in 2014, the contest was held in Copenhagen and cost organizers 45 million euros. This prompted Denmark to adjust the budget in favor of show business.

"What are the guidelines for EBU executives to set forth such high requirements to hosting cities? The policy of the union starts to resemble other, allegedly non-commercial European bodies that advocate healthy competition, while being indirectly financed by either the state or private companies that have lobby in their activity and are not afraid of any responsibility whatsoever," the article published on Typologies said.

Meticulous preparations to the next contest start as soon as the previous event ends, thus forming the EBU annual budget. There is an extensive system of direct agreements and contracts related to the organization of the contest, albeit with larger investment and without any formalities.

This brings up a question of whether Russia needs such a "European" contest, where our entry was crabbed. What can we expect from our singer, if the West criticizes everything that is Russian by default? What can Russian singers achieve if they get booed by the crowd?

Eurovision is the largest vocal show on Earth with an audience of more than 180 million viewers worldwide. The competition is held every year since 1956. This year, representatives from 40 countries will compete for the title of Europe's best performer in Vienna. The cost of large-scale preparations for any country hosting every consecutive contest grows every year. Preparations for the song contest in Russia in 2009 was controlled by the leadership of the country.