The Americans begin to compare Obama with Reagan: the difference is 32% of GDP 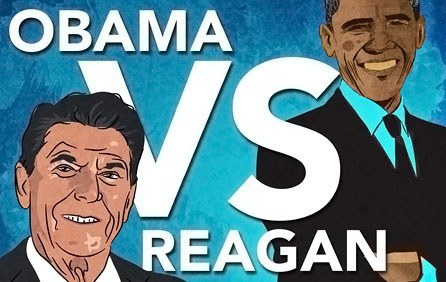 Withing the last years of Obama's government policies, the US economy has stalled. The GDP for the first quarter of this year increased at only 0.2%, while it was expected 1.1%. US economy has grown an anemic 9.6% during the Obama years (excluding today's dismal number).

Of course, Obama's record on job growth is also much worse than President Reagan's record. 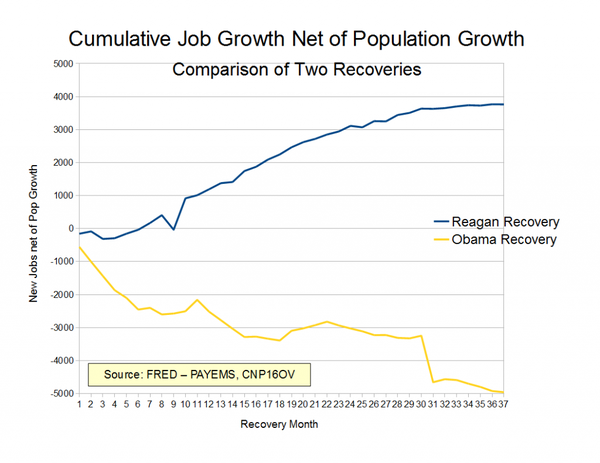 Net job growth has declined under Obama. By the end of the second year of their terms as president, economic growth under Reagan averaged 7.1% , under Obama an anemic 2.8%. (

And today, more than five years into the tepid recovery, labor-force participation remains at its lowest level since 1978 during the Carter years.