Where is it better to live - in Europe or in Russia? 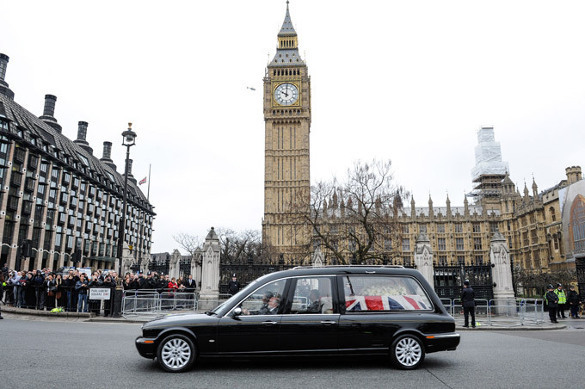 There is a category of Russian citizens, who say that "it's time to escape from Russia" just because, as they believe, the grass in Europe is greener. Is living in Europe better indeed? Pravda.Ru interviewed executive director of nonprofit organization "Russian European Community" (Belgium) Sergei Petrosov on the subject.

"During the 1990s, a lot of Russians were trying to move to Europe in search of better life. Those people were convinced that they would find manna from heaven and solution to all problems in Europe. How do those people live now?"

"They all live differently. Those who tried to follow their reasonable ambition, for the most part, can find a place for themselves in a foreign country. Unfortunately, most people, especially those, who left their homeland in search of better life, had no idea what it was like to live in a European country. They knew nothing about European rules and customs, they did not know the language, and so on - they experience considerable difficulties.

"Fortunately, Russia takes care of its compatriots. A special foundation was established to support and legally protect Russian compatriots abroad. The organization helps such people. This is our primary goal. We opened an office in Brussels, there are centers in other countries too, where people can come and receive consulting services free of charge."

"What are the basic problems that Russians usually face after they move to Europe?"

"Basic problems are primarily associated with the fact that they do not know a foreign language. This leads to a lack of understanding of how the legal, administrative, educational and other systems work. That is, they do not understand how life works. They have big problems when it comes to employment and education, they may have conflicts with neighbors, difficulties with accessing medical services and so on."

"A psychologist, who works with divorce cases between Russia and foreign nationals, told me once that the mentality of Russian and European people is so different that it is nearly impossible for mixed families to exist, unless the foreigner had an experience of living in Russia."

"I would not be so dramatic about the situation. I know from my own circle of friends and acquaintances that many Russian women find very good, loyal and affectionate spouses in Belgium and other European countries. They have very good families, they raise children. Yet, they have different problems.

"Nevertheless, the problem of divorces does exist, of course. I would say that it is associated with the way the Russian people were raised in their home country. Many people were raised thinking that life is so much better in the West. Many Russian women were dreaming of marrying a foreign man - not for love, but simply to solve some of their problems. They had no idea of what it is like to live in a foreign country."

"Would you say that it is worth it for a Russian person to move to Europe?"

"Each case is very individual and unique. I would take a different approach to this question - does Russia need to regulate its migration policy? What is happening now is a mess. During the times of the Soviet Union, it was obligatory for a Russian person to have a consular registration in the country of arrival.

"I do not mean that borders should be closed. I believe that it is direct responsibility of any state to know whereabouts and occupation of citizens. Unfortunately, today we have the problem that stemmed from the 1990s, when freedom was seen as total absence of authority. Standards for consular registration were abolished.

"As a result, Russian consulate offices and governments have no information of how many people stay in foreign countries. For some people, it can be very difficult to return to Russia because of expired documents.

"I am convinced that those people, who leave Russia to a foreign country for permanent residence, must have consulate registration. This would be enough to know the quantity of such people, who they are and where they live, how to contact them and help them if something happens."

"The Baltic states conduct a policy of assimilation for the Russian-speaking population. Sometimes people are simply forbidden to speak Russian. Do you work in this direction?"

"These are illegal activities. This problem is one of the main objectives of our work and the work of other Russian-speaking public organizations. The concept to support Russian schools abroad is to be published soon. In Belgium, many husbands ask their Russian wives to teach their children Russian. They perfectly realize that any additional language is a plus. Life is diverse. Europe supports foreign languages studies, and the Russian language is no exception. The Russian language is being discriminated in the Baltic states only, and we are aware of that. They have a special situation there. There is nothing like that in the rest of Europe."

"What kind of people do you think should move to Europe and who should stay?"

"During my short life in emigration, I can see and feel that life has been getting worse and worse. The much talked-about crisis is here in real life. Life does not get better, it becomes harder. Unemployment is a very serious problem.

It's hard for many not only to succeed, but at least to save what they have. The standard of living has been declining, especially for migrants. I do not think that people should move to a foreign country recklessly. Any such move must be very well motivated and calculated in advance."

"What is it that Europe has and Russia does not have?"

Now, Russia is a lot freer than the majority of European countries. This applies to expressing one's views on various issues, expressing opinions about the government and so on."

Is Europe a dream boat or a trap hole?

Poverty returns to Europe by leaps and bounds