US-based financial company Bankrate surveyed a thousand of adult residents of the United States. The research was conducted to identify the level of financial security of citizens. The results of the study were published on the website of the company. 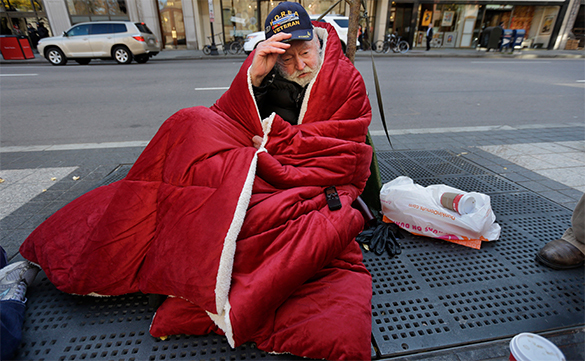 As it turned out, more than 37 percent of US residents have overdue loans, Pravda.Ru reports.

"These numbers mean that three out of every eight Americans are teetering on the edge of financial disaster" - thanks to the fact that many of these folks might be hard-pressed to pay for an emergency should one arise, says Greg McBride, Bankrate.com's chief financial analyst. "Not only do most of them not have enough savings, they've all used up some portion of their available credit - they are running out of options," he added.

American Express provided similar data. AE experts found that over the past year 44 percent of US residents had experienced unforeseen costs in different situations. People had to spend their money mostly on health services and transport costs.

Citizens of the countries of Eastern Europe live on the edge of poverty too, Pravda.Ru says. In half of the countries of the European Union, at least one in three children lives in poverty. The situation is worse in the countries that have suffered from the ongoing economic crisis most. It goes about Cyprus, Greece, Ireland, Italy, Portugal, Spain and Romania.