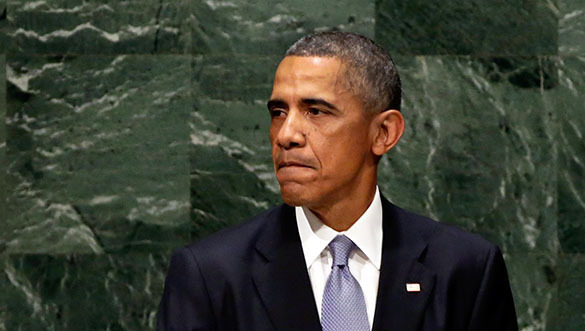 US President Barack Obama's recent to India, which took place in late January, was dedicated, among other things, to the grand opening of Raj Ghat memorial in memory of Mahatma Gandhi in New Delhi, Pravda.Ru reports.

On the site of the ceremony, the American president planted a tree sapling, Ficus Religiosa, which is considered a sacred symbol in India, to pay tribute to the late leader of the national liberation movement of India, Mahatma Gandhi, who was assassinated in 1948.

However, less than a month later, the tree sapling that Obama planted is apparently on the verge of 'death', probably due to lack of proper care, a gardener of the memorial told foreign media, Pravda.Ru says. The sapling has lost almost all of its first leaves. Most likely, Obama's tree will have no chance to bloom.