Barack Obama not allowed to use iPhone 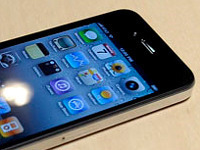 Speaking at the White House, President Barack Obama said that he was  recommended him not to use iPhone for security reasons.

Obama said that his daughters, Sasha and Malia spend a lot of time using Apple smartphones.

U.S. president uses a Blackberry phone, which is known for its reliable security system. Obama complained that the high level of protection of the phone does not allow him to communicate with ordinary people. Moreover, his phone constantly filters information about world events.

BlackBerry smartphones are capable of encrypting data and voice.

The White House also said that Obama's personal e-mail receives messages from a number of high-ranking officials and friends of the president.