A Russian tourist from Barnaul, Leonid Gerasimov, faces up to 12 years in prison for attempting to transport a precious stone across the border of Turkey, his wife  Alyona Gerasimov said. 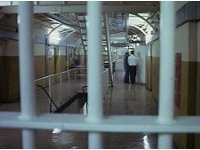 Leonid Gerasimov, his wife and their daughter were living near the historic town of Side. One day, during an excursion, the couple visited a market of souvenirs. Leonid bought the stone for $10 from one of the market vendors. On June 25, Gerasimov was  detained by the customs; the stone was taken away from him. The man's wife and daughter were allowed to board the plane to fly back to Russia. Leonid was forced to stay in Turkey.

An examination showed that the stone was of historical value for Turkey. According to the Consul General of Russia in Antalya, Alexander Tolstopyatenko, Leonid Gerasimov was being kept in a detention center about 40 kilometers far from Antalya. At first he was detained for two weeks, but now the term was extended for another month before the trial.

According to the Consul General, the Russian tourist refused from the services of a private attorney, although it could have accelerated the process. Russian embassy services maintain a contact with the public attorney who works on the case.