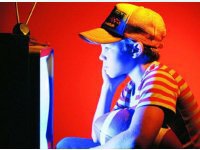 Around 13,000 British families still use black-and-white television sets, a research conducted by TV Licensing - (a company that charges a fee for television license) said.