A resident of Belgium discovered that his wife, an Indonesian by nationality, was actually born as a man, and had lived with him in marriage for 19 years, according to Radio Vesti FM. 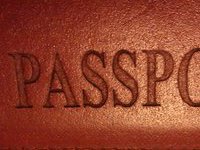 The Belgian says he was horrified when he learned the truth about his wife only after 19 years of marriage. Jan, a 64-year-old resident of Belgium's Antwerp, learned the blood-chilling truth from a cousin of his wife, who accidentally let slip about her past, writes the Komsomolskaya Pravda.

Jan met with Monica in 1993, when she came to Antwerp from Indonesia and started working as a nurse with Jan's sister. The man's second marriage was falling apart at the time, and he quickly fell in love with Monica, a very feminine and beautiful woman by his own admission.

He broke up with his wife because of Monica. Having overcome the legal difficulties and resistance of Belgian immigration authorities, Jan concluded a legal marriage. He told the newspaper that from the very start the authorities had doubts about the authenticity of the birth certificate of the bride, but the difficulties were resolved. According to the deceived husband, he had no questions about his wife's gender during all those years.

During a heart-to-heart talk, Monica finally admitted that she was indeed born as a man and had a sex-change surgery.

The man has filed for divorce, but the couple still live together after the judge rejected Jan's claim to evict his ex-wife, said FederalPost.