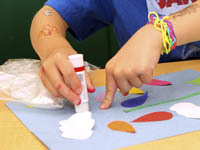 On December 8th, Thursday, Nizhny Novgorod will honor the winners of the regional contest of children's drawings about the fate of garbage. The prime goal of the action is to tell children about the problem of household wastes. The contest was also organized to let children know about the problems connected with collecting, sorting, processing and recycling the garbage.

Officials with the press service of the governor and the government of the region said that the contest was held within the scope of the implementation of the program about the issue of production and consumption wastes in the Nizhny Novgorod region for 2009-2014.

Children made as may as 488 drawings. The works of the winners will be used for making calendars for 2012.