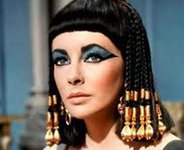 Elizabeth Taylor died today, March 23, in Los Angeles. The Oscar-winning actress, an icon of cinematography, was 79. She died at Cedars-Sinai Hospital, California.

During her last moment of life, Taylor was surrounded by her children Michael Wilding, Christopher Wilding, Liza Todd, and Maria Burton. Taylor also had 10 grandchildren and 4 great-grandchildren.

The actress was taken to hospital six weeks ago, when she was diagnosed with congestive heart failure. Her condition was getting better at the hospital and it was hoped that Taylor would be able to return home.

Elizabeth Taylor became one of the most popular actresses during the golden age of Hollywood.

In 1963, she memorably starred in "Cleopatra." She later won Oscars for "Who's Afraid of Virginia Woolf?" and "BUtterfield 8." The American Film Institute named Taylor seventh on its Female Legends list.

In November 2004, Taylor announced that she had been diagnosed with congestive heart failure, a progressive condition in which the heart is too weak to pump sufficient blood throughout the body, particularly to the lower extremities: the ankles and feet. She has broken her back five times, had both her hips replaced, has survived a benign brain tumor operation, has survived skin cancer, and has faced life-threatening bouts with pneumonia twice. She is reclusive and sometimes fails to make scheduled appearances due to illness or other personal reasons. She now uses a wheelchair and when asked about it stated that she has osteoporosis and was born with scoliosis.

In 2005, Taylor was a vocal supporter of her friend Michael Jackson in his trial in California on charges of sexually abusing a child.

On 30 May 2006, Taylor appeared on Larry King Live to refute the claims that she has been ill, and denied the allegations that she was suffering from Alzheimer's disease and was close to death.

In late August 2006, Taylor decided to take a boating trip to help prove that she was not close to death. She also decided to make Christie's auction house the primary place where she will sell her jewelry, art, clothing, furniture and memorabilia. Six months later, the February 2007 issue of Interview magazine was devoted entirely to Taylor. It celebrated her life, career and her upcoming 75th birthday.

On 5 December 2007, California Governor Arnold Schwarzenegger and California First Lady Maria Shriver inducted Taylor into the California Hall of Fame, located at The California Museum for History, Women and the Arts.