Soviet space capsule that orbited Earth to be sold at Sotheby's 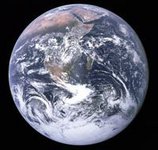 A Soviet space capsule that orbited the Earth with a mannequin and a live dog as a test run for the first manned space flight is being auctioned in New York.

The Vostok 3KA-2 is a twin of the spacecraft that carried cosmonaut Yuri Gagarin on his first mission into space on April 12, 1961. It made a successful orbit in about two hours and re-entered the Earth's atmosphere 18 days before the manned mission.

Sotheby's auction house is selling it on April 12, the 50th anniversary of the manned mission. It is estimated to fetch between £1 million and £6 million, according to Belfast Telegraph.

The interior of the space ship, which contained 815 kg of instruments classed as "secret" until 1986, has been stripped for security reasons.

The owner of the capsule, who wished to remain anonymous, bought it privately from the Russians years ago and felt the 50th anniversary was an appropriate time to sell, RIA Novosti says.