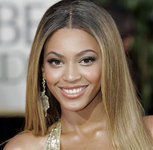 Pop singer Beyoncé Knowles is pregnant with her first child, according to reports.

The 29-year-old singing sensation is in her first trimester. And it doesn't sound like the bundle of joy was necessarily planned.

"B was shocked. She loves kids, but she wasn't ready to be a mother just yet," one source told the magazine. "She really wanted to get her album done and tour the world again," New York Daily News.

Beyoncé and rap mogul Jay-Z, 40, married quietly among family and friends in 2008, leading to an onslaught of media and fan speculation about the status of their relationship.

The couple has not publicly confirmed the pregnancy news, as the former Destiny's Child star has been the subject of false pregnancy rumors in the past, according to Afro American.