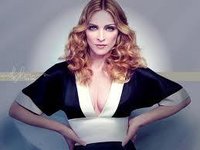 A retired New York fireman named Robert Linhart was arrested on Tuesday for hanging around Madonna's Manhattan apartment carrying an ice pick. As you would expect, he claimed to be "her biggest fan". The guy initially tried to resist arrest but eventually cooperated with police.

"I won't stop until I actually meet Madonna," he told cops after being arrested. "I am going to go right back there and do it again.", heatworld says.

Linhart was busted twice outside Madonna's home, Saturday and Tuesday.

"It's not a crime to adore Madonna," said his lawyer, Cheryl Bader.

And while Linhart allegedly possessed a homemade ice pick when he was arrested Tuesday, "There are no facts at all to support that he was going to use that ice pick unlawfully," Bader said, New York Post informs.